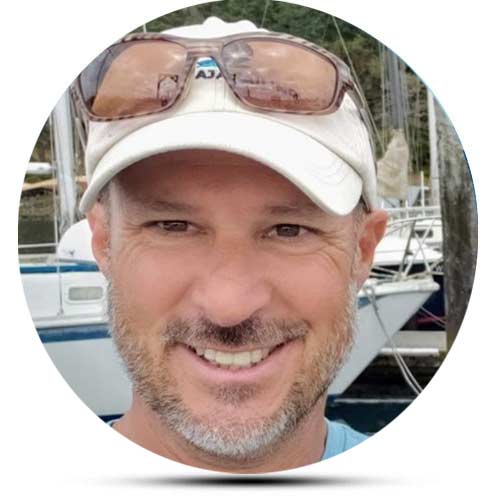 Captain John technically learned to sail on a Sunfish at summer camp when he was 11 years old and occasionally sailed small sailboats on lakes and rivers in rural southern Oregon where he grew up. He really became obsessed with sailing and cruising after attending the Portland Oregon boat show in 2005 and signing up for an ASA Basic Keelboat course on the Columbia River (in February!) and soon after completed Basic Coastal Cruising, Bareboat Cruising and Cruising Catamaran in Placencia, Belize. Capt. John raced aboard an Ericson 38 with the same crew for 12 years on Washington State’s Puget Sound and cruised his own boats extensively in The Puget Sound, San Juan Islands and The Canadian Gulf Islands during those years.

Check Out Our Current Winter Promotions!!!